Sam Yap Amey – also known Sam Yap Hong and later as Samuel Yaupaung. As you can see by this ‘retouched’ photo was quite a handsome man and from his appearance, it is not inconceivable to assume that he may be a mixed-race Eurasian. Samuel is my great-great-great-grandfather.

This simplified family tree shows some of the key individuals, highlighted in red are the family members that are Chinese-born.

Like Quin Jack, he was also born somewhere near Macao or Canton. It’s likely that he travelled to Australia with an organised group of his countrymen seeking employment and prosperity on the goldfields of Victoria.

By 1860 Samuel had moved to the fledgling gold mining town of Tooloom now known as Ubenville, shortly after the discovery of gold there. The town is located in northern NSW, 25 km from the Queensland border. At its height, it boasted a population of around 10,000, mostly Chinese. Samuel worked initially as a miner and then as a storekeeper in a Chinese merchant store.

In January 1863 Yap Amey and Esther Ameal (Holland) marry. in the Presbyterian Church in Elizabeth Street Sydney. This is a typical example of a young white woman marrying a Chinese man. 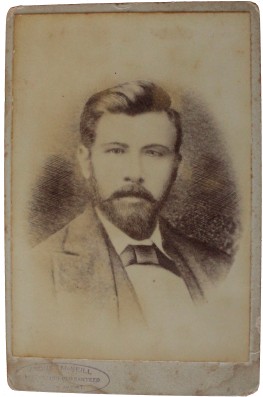 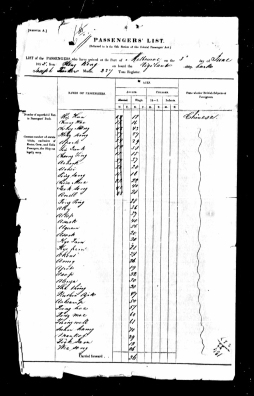 When we look at the early history of Esther’s life it is characterised by the absence of both biological parents. Her English father and Irish mother were married in what appears to be a shotgun wedding, and within 4 years Esther is given-up for adoption. With this set of circumstances, it’s not difficult to infer that Esther did not have an idyllic upbringing in a stable family unit, and the prospect of marriage and security would have been appealing.

Was this an arranged marriage? Esther claimed to be nineteen years old when according to her birth certificate, she was only seventeen. This was not uncommon and nothing else seemed untoward in this union. The acceptance of her discrepancy in age may well be due to the ‘flexibility’ exercised by the Minister Rev. Dr James Fullerton, who officiated at their ceremony. For, in addition to his official duties, the notorious Rev. Dr James Fullerton ran an illegal ‘marriage shop’ – from his own residence! Details of this can be sourced on Kate Bagnall’s blog post – An indecipherable name and Rev. Dr Fullerton’s marriage shop.

After their marriage, Samuel together with Esther moved around the gold and tin fields in northern NSW and Queensland, including – Timbarra, Warwick, Wilson’s Downfall, ended-up in Vegetable Creek now known as Emmaville.

A wealth of information can be gleaned from the great number of birth certificates of their offspring. Esther and Samuel had 9 children. The documents describe their mobility and their opportunism. Of note is the variety of jobs that Samuel transitions through including storekeeper, miner, vegetable gardener, and butcher. Also, how his name and the names of the children change from being predominantly European names to becoming more Chinese. This initially reflects Samuel’s need to fit-in, and then later, he may well have acknowledged his Chinese roots.

This picture taken in 1892 shows 5 of the nine children of Samuel and Esther. Left to right – Emily, George, Edward, Alice, and Agnes. Later children include Sidney Hong, Top Hong, Harry Hong – who later reversed this cultural acknowledgment by anglicizing his name to Henry then Percival Henry.

In 1874 their fifth child is born, a baby girl Agnes who is my great-great-grandmother. She was born in Bookookarra near Tenterfield. Samuel at the time was working as a butcher.

It is shortly after the birth of Harry Hong in 1881 that all traces of Samuel vanish and it’s assumed that he likely died in Emmaville and could well be buried in one of the many unmarked Chinese graves.

The Rural burials Tenterfield register 1856-1918 may have a possible listing for Samuel Yaupaung with this listing #33 for Ah You.

Esther, now widowed and with six surviving children was in a vulnerable position, it’s likely that she had no income and the only support network would be from within the Chinese community. Within a couple of years, Esther is in a new relationship with Tong Kee a Chinese dealer from Hong Kong. Together they have four children.

During 1884 Emily, Esther’s first child marries Sam Kee (perhaps a relation of her step-father) a store-owner in Tingha.

The family relocated to Tingha, and according to the 1901 census records, there are 5 males and 4 females living in the house. Esther is the only Caucasian. The letters H/C are written in the column against the children categorizing them as half-caste Chinese.

Esther Keys – Died in 13 May1924, and is buried in the Catholic section of Rookwood cemetery, the is no tombstone to mark the grave

I wish to thank the descendants of Samuel Yaupaung – Beth and Sam Woo and Gael Czinner who have contributed their research and willingness to share invaluable information – family histories, documents, and stories, and photos – as this has helped to provide a bigger picture.